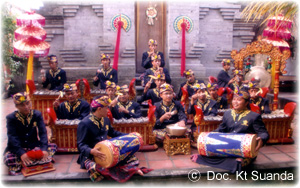 Group of Gamelan Cendana was formed in 1992 by I Ketut Suanda, as part of conservation efforts and development of Balinese Dance and Gamelan. This studio is located at his home in the Banjar Batur, Batubulan village, Gianyar regency, Bali.

The artists of Gamelan Cendana are all from the village of Batubulan and its surrounding areas. As their efforts and enthusiasm, they have successfully performed their first staging “ngayah” at Pura Desa Batubulan, the temple of Batubulan village, with a special dance performance titled "Niwata Kawaca", choreography and gamelan composition by I Ketut Suanda.

After undergoing intensive practice and training in gamelan and dance for a period of time, I Ketut Suanda with his wife Ni Nyoman Cipta Wilyawati who also as a dancer and dance teacher, have been able to bring the Gamelan Cendana become one of the very active group in Bali.

In the period of almost two decades, the group of Gamelan Cendana has conducted numerous performances, both for customs and social purpose, as well as staging in cultural festivals, and has been awarded various Awards. Some of these include: 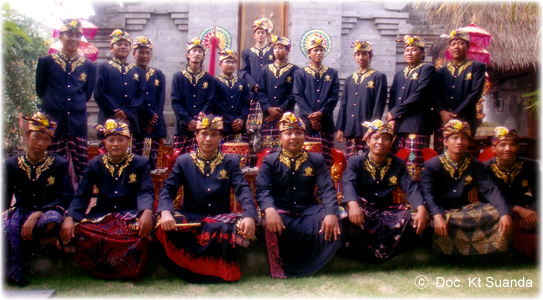 In addition, the Gamelan Cendana also has a program of Bali Cultural Learning Activities to the tourists, foreign students, and artists either from outside the region and abroad.